The local media posted a story this morning with their usual Left-slant, claiming they had talked to local pastors (though an actual investigation finds that they actually quote exactly ONE). Their agenda is pretty clear in attacking armed churchgoers. So I crafted the following reply to post on social media, but thought it justified its own post here as well: 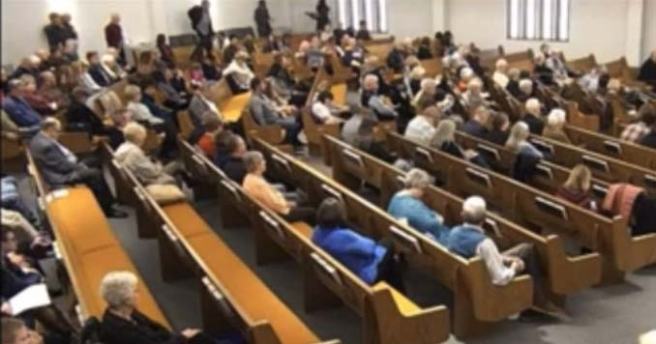 Arkansas law leaves the decision of whether or not firearms are welcome on a church property up to the local church (where it always should have been).
Show me one example of where a sign or statute has prevented someone from taking a firearm someplace and doing great harm – The infamous church shooting in Texas a couple of years ago is an example – the law in that state at the time made it unlawful to have a firearm in that church.

The reality is – if someone means to do harm with a gun, no policy, law, or signage is going to prevent them from bringing that firearm.

On the flip-side, as was demonstrated in the shooting Sunday – it was law-abiding citizens who stepped up to prevent far worse from happening. While I grieve ALL the loss of life (even the “bad guy”). I mourn what kind of wickedness must be rooted in anyone’s heart to want to go into a church service and kill people. The depravity is just unfathomable. But praise God that there were people willing to step up and stop the threat. Also – notice this entire event began and ended in less than 1 minute. Police are not magical angels who can appear in 2 seconds to end a threat. And even churches with hired/appointed security teams – can’t be everywhere at once.

As a pastor, I am glad to know that there are solid folks who are carrying a firearm every time the doors are open (and even when they are closed if I am on campus!). If we were to attempt to ban firearms – that means ONLY those who mean harm would have guns. That isn’t a positive position. As a pastor, I have the biblical responsibility to “protect the sheep”. I will do whatever it takes – whether that means I am armed, or I am confident there are good people in the congregation who are armed (or both).

If a local church’s leadership decides they want to try to ban firearms – that is their right. They can post their signs, they can make all the policies in the world. But if, God forbid, someone with nefarious designs comes in – woe is them who then are defenseless. But again – that is the church’s right.

And one last comment – I have read several posts and seen statements given complaining that church people shouldn’t feel the need to be armed. They should “be willing to be a martyr”. I’m sorry – but it is not loving to sit idly by while your neighbor is shot dead. It is not Christ-like to watch as those who very well may not be spiritually ready to meet Jesus have their lives snuffed out. And it is most definitely not the Christian thing to let children be slaughtered. Just because I believe I am prepared for my last breath – doesn’t’ mean those around me are. 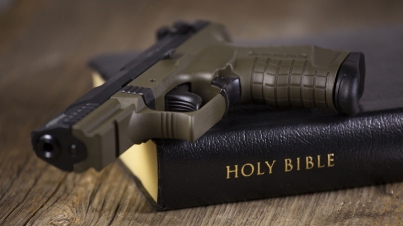 What it all comes down to is that we pastors are tasked with the protection of the flock entrusted to us. While most think of such protection as primarily spiritual protection, we are also tasked with trying to promote the safest environment possible for worship, learning, teaching, discipleship, and service that we can. If that is gained by knowing that there are solid, God-fearing people who are armed at any given time, then so be it.

What it comes down to is this: Pastors are responsible for the flock entrusted to them. While we primarily think of that care as spiritual care, we are also tasked with doing all that we can to provide an atmosphere for worship, learning, discipleship, and service that is as safe as possible. I take that

Not surprisingly, California has again jumped into the headlines over gender issues in recent months. First with legislation passed what began as Senate Bill 219 – a measure to legislate the use of gender pronouns (specifically geared to nursing and care facilities), but with far-reaching fallout possible. The legislation actually codifies as a crime punishable by up to a year in jail, the use of the wrong gender pronoun!

As if this wasn’t disturbing enough in many ways, the same California legislature has now passed SB179 – an additional legislation that formally and legally recognizes three gender identities: male, female, and non-binary (also sometimes known as gender-queer) for state identification and other purposes. Not only does this fly in the face of reality and facts, it flies in the face of sanity! 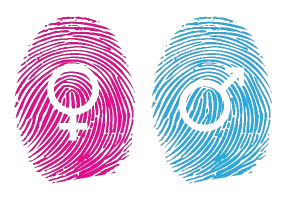 One can rebel all day long against God and His design – but one thing remains true, regardless of what a state wants to “recognize” – and that is DNA. Our DNA clearly and consistently identifies us as either “Male” or “Female“. Period.

Gender is not something one chooses (though many choose to act in rebellion to what they are biologically). Even if one submits to surgical mutilation to remove or create gender-identifying body parts, you still, biologically, are either male or female – and that remains unchanged.

Yet another reality is – even if you go through hormone treatments and surgical mutilation, the record is clear – you will never have peace with yourself – and it makes finding peace with God even more difficult. Depression rages on in those who have attempted to change their gender. And it goes back to – we are created by God as male or female. It is WHO you are, even if you “don’t feel like that gender”. Attempts to side-step that and self-identify or even “reassign” your gender to match your personal preference only makes things more complicated and damaging to the very soul.

And this is why we must seek our identity, not in our gender feelings, in our personal preferences, or in other people’s opinions, but in the God who created us…Male and Female.

What we see unfolding before us is what happens when mankind decides he (or she) knows better than the One who created us. We decide to go “our own way” (Isaiah 53:6). What began primarily with adults who decided that their feminine feelings (for men, male feelings for women) were more than simply strengths to be appreciated – they became more who they thought they were.  Our society had for so long lifted up men as only REALLY men if they “never cry”, to “never eat quiche” – and any softness – any emotion was taboo.  Likewise, women who felt strong, who were natural leaders, who enjoyed traditionally male work, hobbies, or activities were somehow looked down on.

Then came the Women’s Liberation Movement, which went from simply making sure women had equal rights, to the radical, rabid feminism of today – that actually encourages women to rebel against not only biblical gender roles, but to subject men and ultimately eliminate gender identities altogether.

And along comes a movement to legitimize same-sex attraction and sexuality – which, 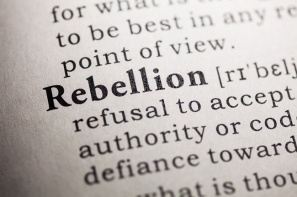 despite the adamant declarations to the contrary, were voluntarily merged into the same umbrella as the whole gender dysphoria debacle to produce the ever-growing alphabet identity war (LGBTQ). And all support each other because of one commonality – rebellionagainst the God-cr

eated, God-ordained order of things. And while it was one thing when restricted to adults who have a right to be wrong, to do wrong, and to make bad decisions (and face a consequence for those), the movement to totally legitimize the movement ultimately led, as many predicted, to spread it intentionally to ever-younger children. What use to be seen as absolutely normal – little girls who were “tomboys” – often all the way to adulthood, and little boys who enjoyed playing with girls, dolls, and more “feminine”-identified activities, are not immediately scooped up and wedged in to the LGBTQ moniker – and being subjected to medical procedures, hormone abuse, and essentially brainwashing – all to firmly anchor them in this identity.  Last year, a 4 year-old underwent gender reassignment procedures – Yes, 4 years old! Exactly what does a 4 year old know of gender?

The reality is – all of this ongoing battle, and the ever-younger victim base of those involved in the war, are trying to legitimize their own fleshly desires – that they know, down deep in their heart, are wrong. But they also have succumbed to the deception that simply forcing the world to “accept” their choices and behavior will somehow alleviate the deep guilty and conviction that they experience. It is all an effort to smother the pain – equal to the effort to use alcohol,  illegal drugs, or opiates to dull the pain.

Gender identity debate reflects broken, corrupt, prideful, and unregenerate souls who are in desperate need of hope and restoration that can only be found in a right relationship with their Creator. And this right relationship will never be found in hormones, surgery, or legalizing your feelings over what is true and right. Peace will never be obtained by forcing others to accept your choices. Comfort cannot be found in the arms of laws that squash the rights of others (for legalizing what is wrong does not make it right).

Genuine peace, comfort, and security can only be found in Christ Jesus. Repent, believe that He died to break the chains of our sin – including our sinful desires and lusts, and trust Him to work all things out to the good. For the same God that gave us Jesus Christ to suffer and die in our place, is the same God who can liberate us from our sinful desires, and give us the strength to walk upright – and He is the same God who can be our true source of value and identity.